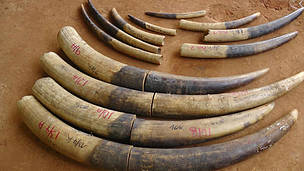 Cameroon has lost more than 60% of its forest elephants
© WWF Cameroon
Law courts in Cameroon are getting tougher on wildlife crime as the country battles against ivory traffickers threatening to decimate elephants in the country. An appeal Court in Bertoua, East Region of Cameroon has significantly increased the prison sentences of two people convicted of trafficking 160 ivory tusks.  The court slammed a 15-month jail term each on Zachari Daouda and Aboubakar Ibrahim, and ordered them to pay a fine of FCFA 13,967,010 (USD 26000) to the state of Cameroon. The court’s decision is tougher compared to a lower court ruling in May 2017 condemning the traffickers to three months imprisonment.

The court also ruled that the convicts will spend five more years in prison should they fail to pay the fine.  It also upheld damages of FCFA 253,575.000 (USD 550,000) against the convicts.
Customs Officers arrested Zachari Daouda and Aboubakar Ibrahim attempting to smuggle 160 ivory tusks out of the East Region of Cameroon in March 2017.  The police detained them and impounded two vehicles in which they were transporting the elephant tusks as prescribed by the law.

Due largely to poaching, Cameroon has lost more than 60% of its forest elephants. Wildlife censuses carried out by WWF and partners in four Central African countries have revealed that forest elephant populations have declined by approximately 66 per cent over eight years in an area covering almost 6 million hectares.

“WWF encourages the courts to continue to be tough on ivory traffickers and poachers to deter them from systematic killing of elephants,” said Alain Ononino, Head of Policy, Central Africa Wildlife Crime Program.
Cameroon's wildlife law condemns any person found guilty of killing or trafficking totally protected wildlife species to up to three years imprisonment and/or ten million francs CFA as fines.

Despite this provision of the law, elephant poaching has been in the rise in recent years. In 2017, the courts prosecuted over 100 people for poaching related offences.  Rangers, customs officers and the police seized 424 ivory tusks in Cameroon in 2017.

Illegal trade in wildlife, including timber and fish comprises the fourth largest global illegal trade after narcotics, counterfeiting of products and currency, and human trafficking, and is estimated to be worth at least US$19 billion per year. 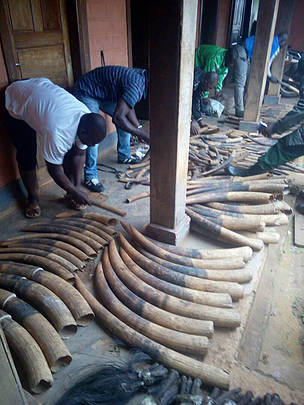 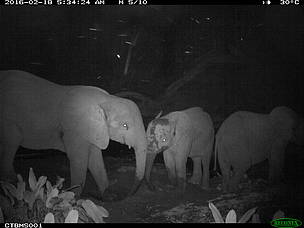